The clinical and histopathological features of cutaneous reactions to mRNA-based COVID-19 vaccines were described in study data published in the Journal of the European Academy of Dermatology and Venereology.

In a case series of patients who reported skin reactions to the vaccine, the most common manifestations were erythematous patches on the trunk, legs, and/or arms. All manifestations were benign and resolved within 2 weeks of initial consultation with no lasting negative effects.

Although cutaneous reactions to the COVID-19 vaccine are rare, it remains important to appropriately characterize them, the study authors wrote. This monocentric case series enrolled patients from the dermatology department of the University Hospital of Geneva in Switzerland. Enrolled patients reported skin reactions after receiving the BNT162b2 or mRNA-1273 COVID-19 vaccines and underwent biopsy of the affected region(s). The clinical features of the skin manifestations were characterized either in person by the treating dermatologist or indirectly through clinical photographs. The skin biopsies were examined by 3 dermatopathologists.

The majority of reactions were observed on the trunk (n=8), legs (n=6), and arms (n=5). Few patients reported lesions at the injection site. Clinical patterns were erythematous (n=6), purpuric (n=2), urticarial (n=1), prurigo-like (n=1) and pityriasis rosea-like (n=1). In all, 3 patients reported concurrent systemic symptoms such as fever, fatigue, or headache. The most common histological pattern was “drug-reaction-like” (n=6), characterized by “variable epidermal keratinocyte necrosis associated with a perivascular lymphocytic infiltrate in the superficial and mid dermis.” This reaction type manifested an average (range) of 11.6 (4-16) days after injection. In all patients, lesions decreased in size and resolved within 2 weeks of initial consultation.

Data from this case series provide insight into skin reactions to mRNA-based COVID-19 vaccines. As the researchers summarized, all the reactions were benign, most were erythematous with a “drug-reaction-like” pattern, the cohort was predominantly women, and had a high mean age. Further study is necessary to characterize cutaneous reactions in the general population, the investigators believe.

Limitations to the study were cited by the investigators as the small sample population; the spontaneous, retrospective recruitment nature of the study allows that some patients may not have been included.

“Even though the skin reactions are quite rare in comparison with the number of vaccinations, it remains important not to misdiagnose a cutaneous reaction related to the vaccine,” investigators wrote. “A proper clinicopathological classification will be helpful in the early diagnosis, management of these cutaneous reactions, and give clues of physiopathological mechanisms.” 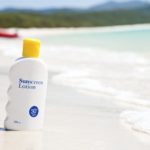