Omalizumab use in patients with chronic urticaria or asthma is not associated with an increased risk for cancer, according to findings from a study published in the British Journal of Dermatology.

Researchers assessed the incidence and risk for cancer in all patients with chronic urticaria and asthma treated with omalizumab based on data from the Danish National Patient Registry. All eligible participants since January 1, 1997, were identified. Patients were followed from their first use of omalizumab until migration, death, or December 31, 2018, whichever came first.

Patients who were treated with omalizumab were individually age- and sex-matched 1:1 with those who were not treated with omalizumab. The study authors calculated incidence rates per 1000 person-years of cancer between exposed and unexposed individuals. Crude and adjusted hazard ratios (HR) were estimated with a Cox regression model, and a P value of <.05 was considered statistically significant.

The risk for cancer was not increased in stratified analyses according to diagnosis of asthma or chronic urticaria. The risk for leukemia was increased, with an adjusted HR of 24.27 (95% CI, 3.66-160.79; P = .001) in exposed participants vs unexposed participants. The association was not significant after all cancer cases that occurred within the first year of omalizumab use were excluded (adjusted HR 7.00; 95% CI, 0.27-178.87; P = .239), which suggests protopathic bias, noted the researchers.

The study was limited by the lack of power to evaluate some specific types of cancer.

Although the investigators concluded that their research did not indicate an increased risk for cancer in those prescribed omalizumab for the treatment of chronic urticaria or asthma, they suggest that the long-term safety of omalizumab warrants additional study. 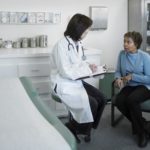