Patients with atopic dermatitis (AD) experienced lower 30-day readmission rates but higher comorbidity burden from 2010 to 2018, according to findings from a longitudinal analysis published in the Journal of The European Academy of Dermatology and Venereology.

Investigators obtained data on 30-day readmission rates of patients with atopic dermatitis in the US using national population data and performed a retrospective 9-year longitudinal trend analysis from 2010 to2018. They included index hospitalizations for all adult AD patients with any diagnosis of AD using ICD 9 and 10 codes for the corresponding year, and excluded elective and traumatic readmissions. Secondary outcomes included trends in readmission length of hospital stay (LOS), total hospital cost (THC), and Charlson comorbidity index score (CCI). Investigators adjusted for change in demographics and CCI over time.

The study was limited by using the Nationwide Readmission Database (NRD) which is based on ICD coding and may contain coding errors, and does not contain information on race, medication compliance, or pediatric patients. Investigators were also unable to analyze predictors of readmission.

Given the increase in ICC over time, the study authors recommended “a multidisciplinary approach” to identify and manage comorbidities in AD patients as a way preventing unplanned 30-day readmissions. 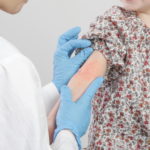