Atopic dermatitis (AD) may be associated with overactivity in genes involved in the production of interleukin 4 (IL-4) and interleukin 13 (IL-13), inflammatory immune molecules that may promote androgen production, drive inflammation, and fuel lipid abnormalities in skin cells of patients with the skin disorder. This is according to research findings published in Proceedings of the National Academy of Sciences.

A team of researchers stimulated human sebocytes with 10 ng/mL recombinant human cytokines that included IL-4 and IL-13. The investigators performed RNA sequencing to generate gene activity data for the model’s genome and compared these activity data with those from sebocytes not treated with the inflammatory molecules.

Treatment with the monoclonal antibody dupilumab was associated with significant reductions in HSD3B1 expression, further suggesting “HSD3B1 is regulated by IL-4 and IL-13 in AD skin,” the researchers wrote.

Based on these findings, the investigators added that “targeting sex steroid hormone synthesis pathways may be a therapeutic avenue to restoring normal skin barrier function in AD patients.” 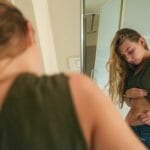