Increasing the accessibility of over-the-counter (OTC) emollients for atopic dermatitis (AD) could result in cost savings by reducing outpatient visits, hospital visits, prescription costs, and other care expenses, according to findings from a study in Pediatric Dermatology.

Study authors reviewed 136 Medicaid preferred drug lists from 48 states and the District of Columbia, and found that 29 plans included coverage of petrolatum and/or a brand-name emollient.

Vaseline, 100% pure petroleum jelly, was the most cost-effective of 7 moisturizers for AD, according to a cost-benefit analysis. The theoretical calculated costs per year of petrolatum for patients with AD in New York were $35.13 to $63.35 for infants and $175.66 to $316.75 for adults, respectively. The annual cost of moisturizers may represent about 1% to 2% of the total income for a Medicaid beneficiary in New York.

Patients with AD and Medicaid are more likely to use costlier outpatient and hospital visits compared with privately insured patients, noted the researchers. AD can result in many indirect and intangible costs in addition to provider and prescription costs, researchers acknowledged.

AD also has significant effects on patients’ quality of life. Most patients have pruritus, which can lead to disturbed sleep patterns and fatigue, and AD has been associated with poor school performance and behavioral and mood disorders.

“All these challenges become greater for low-income families, who often have minimal social support mechanisms and report personal financial costs to be 1 of the main burdens of caring for a child with AD,” the study authors commented.

A product that meets the regulatory definition of a “prescribed drug” is eligible for state and federal Medicaid funds, and so states have the option to cover many OTC medications in their Medicaid programs, the investigators noted.

As preventive care, AD management with moisturizers would lead to improved quality of life, with a relatively low cost compared with other labor-intensive and life-prolonging measures, according to the researchers. Advocacy from health and patient groups can also help promote coverage of OTC products and greater patient inclusion in drug trials for AD.

“The price per Medicaid enrollee for moisturizer coverage may be relatively low compared with the direct and indirect costs of AD treatment,” the study authors concluded. “Removing the financial barrier to AD management could lessen both the economic burden and emotional toll of the disease for patients and their families with the added benefit of decreasing healthcare costs. There is a profound need for further efficacy and cost research studies regarding management of AD in the United States.” 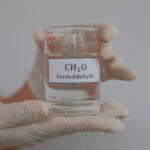