A genetic analysis has found weak evidence that vitamin D causally influences atopic dermatitis, and vitamin D supplementation is not supported as a therapy for the disorder, according to study findings published in the Journal of Investigative Dermatology.

Although the atopic dermatitis–associated filaggrin (FLG) gene has a particularly strong relationship with vitamin D, other atopic dermatitis SNPs show a consistent direction of effect when omitting this locus, suggesting that atopic dermatitis more generally influences serum vitamin D levels, according to the study authors.

The researchers noted that further investigation is needed to determine the mechanisms of the causal effect of atopic dermatitis genetic risk on serum vitamin D levels.

“Stratifying future vitamin D and phototherapy trials and epidemiological analyses by FLG status may assist in evaluating the contribution of different mechanisms,” the study authors concluded.

Disclosures: One of the study authors reported an affiliation with the pharmaceutical industry. Please see the original reference for a full list of disclosures. 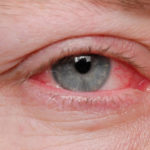