Metals and fragrances are the most common allergens that cause allergic contact dermatitis (ACD) among Asian children and adolescents, researchers reported in a study published in Pediatric Dermatology.

The retrospective study enrolled patients aged 16 years or younger with clinically suspected ACD. The participants were observed by a dermatologist and had patch testing from January 2007 to March 2020 at 2 institutions in Singapore. The investigators also obtained information on patients’ demographics, atopy history, clinical presentation, and patch test results from medical records.

Each child had an average of 25 patches applied. The allergens were applied on the participant’s back over healthy skin and removed after 48 hours of occlusion. The findings were interpreted at 72 hours, and reactions were assessed with use of the International Contact Dermatitis Research Group scoring system.

In all, 50.0% of patients had at least 1 positive patch test. The most common positive reactions were to nickel sulfate (49.2%), fragrance mix (19.1%), potassium dichromate (13.5%), colophony (13.5%), and balsam of Peru (13.5%). In addition, 72.5% of patients had at least 1 relevant positive patch test, with relatively high rates for nickel sulfate and fragrance mix, according to the study authors.

Study limitations include the retrospective design and small number of positive reactions to individual contact allergens. Also, when interpreting patch test reactions at 72 hours, the researchers mentioned that it was possible to miss delayed positive reactions or incorrectly interpret initial reactions as positive.

“Patch testing should be considered in patients with persistent dermatitis despite treatment, especially since it is difficult to distinguish patients with ACD from those without based on clinical presentation alone,” the study authors stated. 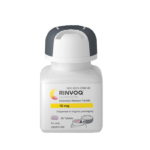