Dermatology experts have added 9 new allergens to and dropped 11 allergens from the 2012 British Society for Cutaneous Allergy (BSCA) facial series, creating an updated facial series for the diagnosis of allergic contact dermatitis, based on findings from a review of allergen facial patch testing results in dermatology centers across the United Kingdom and Ireland. Results from this review were published in the British Journal of Dermatology.

Researchers from the United Kingdom and Ireland retrospectively reviewed facial series patch test results at 12 centers reported from 2016 to 2017. Using recommendations from the European Society of Contact Dermatitis (ESCD), which states that a positive test patch test rate should be between 0.5% to 1.0%, the researchers agreed that any test rate of <0.3% was considered grounds for removal from the BSCA facial series. Allergens not in the BSCA facial series with a positive rate of >0.3% were considered for inclusion in an updated version of the facial series.

Only 8 allergens with a high positive test rate >0.3% not in the BSCA facial series were considered relevant for inclusion in an updated version of the series. These included tocopherol, panthenol, benzophenone-4, 3-(dimethylamino)-1-propylamine, dodecyl gallate, octyl gallate, decyl glucoside, and propylene glycol.

A limitation of the study included the retrospective collection of data, which spanned over a relatively short 2-year period.

Based on their review, the researchers suggest “auditing practice is a vital requirement to ensure that patch test series are kept up to date with the most relevant allergens, and to ensure that treatable cases of facial dermatitis are not missed.” 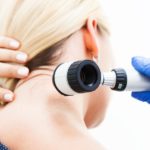