Traditional shampoos use more allergenic ingredients than shampoos labeled as “clean,” according to study findings published in the Journal of the American Academy of Dermatology.

Researchers compared the ingredients of “clean” shampoos and traditional shampoos to determine differences in their formulations and allergenic potential.

The study authors chose 3 stores that sell shampoos labeled as clean (Sephora, Ulta, and Target). Shampoo contents were assessed for the presence of allergens per the American Contact Dermatitis Society core series, and statistical differences between the 2 groups were calculated.

A total of 85 clean and 124 traditional shampoos were identified. The use of preservatives was the most notable difference between the 2 shampoo categories.

“Ultimately, ‘clean’ remains an unregulated product disclaimer with various proposed definitions,” concluded the researchers. “Based on our findings, clean shampoos are less likely to use allergenic and controversial preservatives; however, they use fragrance as often as traditional shampoos. Differences in formulation alone cannot predict if ‘clean’ shampoos are more or less likely to cause irritant or allergic contact dermatitis in real-world settings.” 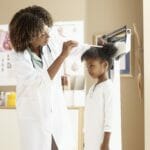