Adolescents with atopic dermatitis frequently develop their own routines for topical corticosteroid use, often breaking with their prescribed medication regimen, according to the results of a focus-group based qualitative study conducted in The Netherlands and published in JAMA Dermatology.

The investigators sought to explore adolescents’ experiences with, preferences for, and beliefs about their atopic dermatitis treatment. They utilized focus group interviews of 15 adolescents between age 12 and 18 who had filled at least 1 prescription for a class 2 (moderately potent) or class 3 (potent) topical corticosteroid during the previous year.

Three 75- to 85-minute focus groups were conducted. Most adolescents had a neutral or indifferent attitude toward their disease, although individuals with severe atopic dermatitis had a more negative attitude toward their disorder. Itch and pain were often cited, and almost all of the participants reported that they experienced worsening of their symptoms after showering and physical exercise that caused them to sweat.

Very few of the participants reported that they received negative comments or questions from their peers, and some indicated that they adjusted their clothing according to their symptoms. Most of the participants noted that atopic dermatitis did not interfere with their daily activities, although some did report that the application of their topical treatment did not always fit in with their busy schedules, such as when they were rushing to get to school in the morning.

Overall, the adolescents surveyed were satisfied with the efficacy of their treatment, although they would prefer a quicker, more persistent effect. Almost all of the adolescents deviated from the medication regimen prescribed by their physician, instead developing their own routines for using topical corticosteroids in combination with emollients and moisturizers. They appeared to harbor incorrect beliefs and have a lack of knowledge about the mechanism of action of their treatment. Negative experiences with their treatment included stickiness, an itchy/burning feeling, and bad odor.

Suggestions for improving treatments included mainly practical issues, such as faster dermal absorption; the use of oral treatments; test samples; a demonstration on how to use the topical treatments at the initiation of treatment; follow-up visits with physicians, particularly at the onset of treatment; shorter digital information brochures; other packaging (jars or plastic tubes); and online contact with peers.

The investigators concluded that healthcare providers should devote more time to addressing their adolescent patients with atopic dermatitis in an effort to help them better understand how their prescribed treatment works and emphasize the importance of a consistent treatment regimen. 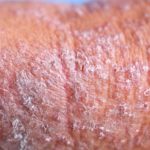