Cosmetic camouflage for facial skin damage was associated with an improved health-related quality of life (HR-QoL) in patients with systemic lupus erythematosus (SLE), according to study results published in Lupus.

Chronic facial lesions in SLE have been associated with increased psychologic burden and low self-esteem. The objective of the current open-controlled trial was to assess the effect of cosmetic camouflage on the HR-QoL of patients with SLE.

Women with permanent facial skin damage from SLE were enrolled in the study from participating outpatient rheumatology clinics in Brazil. Patients were randomly assigned to the cosmetic camouflage group or control group. The study was divided into 2 phases, each 12±2 weeks in length. In phase 1, patients in the cosmetic camouflage group were asked to use the treatment daily, while in phase 2, they were asked to continue treatment at their discretion. Cosmetic camouflage products included water-in-oil face foundation available in 7 different shades. Products were provided free of charge to participants. The primary end points were changes in QoL metrics, including SLE Quality of Life (SLEQoL) scale, Dermatology Life Quality Index (DLQI), Rosenberg self-esteem scale, and Hospital Anxiety and Depression Scale. Quality of life scores were assessed at the end of each phase. Multivariate linear regression was used to assess between-group differences in QoL, DLQI, and self-esteem scores. Models were adjusted for disease activity and age.

Of 56 participants included in the study, 46 completed phase 1 (n=28 in the camouflage group and n=15 in the control group). Permanent facial skin damage was due to discoid lesions in 97.7% of patients. Mean age was 46.0 years; mean disease duration was 15.0 years. Demographic characteristics were not significantly different between the treatment and control groups. At the end of phase 1, all patients in the camouflage group stated that they had used the camouflage products. At the end of phase 2, 69.3% reported that they continued to use cosmetic camouflage at least once daily, and 23.0% reported that they consistently used cosmetic camouflage at social or work events.

Overall, cosmetic camouflage may be a useful in improving functioning and self-esteem in patients with permanent facial lesions from SLE.

“This study suggests that the use of cosmetic camouflage is effective in improving HR-QoL…in [patients with] SLE patients with low disease activity and permanent facial skin damage,” the investigators concluded. “Efforts should be made to make the intervention accessible in a cost-effective way to a greater number of [patients with] SLE.” 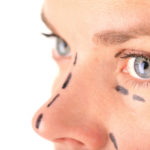