Pediatric randomized clinical trials for acne vulgaris have become largely demographically diverse in recent years, resulting in equitable representation across trials in terms of racial/ethnic minorities, women, and children, according to research findings published in the Journal of the American Academy of Dermatology.

Researchers reviewed 62 acne-related pediatric randomized controlled trials (RCTs) and evaluated these trials’ reporting rates for age, ethnicity, race, and sex. Studies were initiated from 2006 to 2018. A total of 44,672 patients were included in the pooled cohort.

The investigators calculated participation-to-prevalence ratios (PPR) for pediatric (PPRage) and women (PPRsex) patients to assess representation by dividing study participants by the percentage in the worldwide disease pool. According to the researchers, adequate representation is PPR 1.00±0.20 (below/over representing underrepresentation/overrepresentation). Data on the prevalence of acne were taken from the Global Burden of Disease Database, which does not stratify by race or ethnicity.

Across all studies, sex was fully reported, with 54.6% of the pooled cohort reported as women. Values for age were available for only 53.2% of studies, including values for 51.3% who were children. Data on race were reported for a higher percentage of trials than data for ethnicity (61.3% vs 46.8%, respectively). The investigators noted that although all trials that reported race/ethnicity data adhered to guidelines by the FDA, the frequency of the reporting was lacking.

Although White patients were predominant across trials, the investigators noted that the overall racial diversity was generally representative of the US population. The US-industry-sponsored trials enrolled a significantly greater percentage of Black patients compared with non-US-industry sponsored studies (P =.001). In addition, international trials had significantly lower percentages of Hispanic/Latino patients (P =.014).

An overall mean PPRage of 0.76 (95% CI [0.69-0.83]) suggested there was a modest underrepresentation of children, yet the researchers noted that the “PPRage was calculated using prevalence data which over-approximated the pediatric population burden, therefore true PPRage values are actually closer to 1.0, representing greater equity.”

Although the PPRage was derived from only 53% of trials, the researchers indicated that adequate representation of children in pediatric randomized trials on acne may not be a significant issue, yet “compliance to categorical age reporting is lacking,” they wrote.

The investigators concluded that “successful recruitment/enrollment/retention practices in pediatric RCTs need to be identified and enforced in practice.” 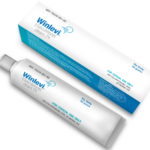