The Food and Drug Administration (FDA) has approved Arazlo (tazarotene; Ortho Dermatologics) Lotion 0.045% for the treatment of acne vulgaris in patients aged 9 years and older.

The approval was based on data from two phase 3, multicenter, randomized, double-blind, vehicle-controlled trials that evaluated Arazlo in 1614 patients with moderate to severe acne. The primary end points of the trials included absolute change in mean inflammatory and noninflammatory lesion counts at Week 12, as well as the percentage of patients who had ≥2 grade improvement from baseline to Week 12 in the Evaluator Global Severity Score and had “clear” or “almost clear” skin.

Results from the studies showed that treatment with Arazlo 0.045% lotion led to statistically significant improvements in both of these end points (P <.001). Application site pain, dryness, exfoliation, erythema and pruritus were observed to be the most commonly reported adverse events.

Additionally, a phase 2, head-to-head trial compared the efficacy and safety of Arazlo with Tazorac (tazarotene) cream 0.1% for the treatment of acne vulgaris. Results showed similar treatment success rates and reductions in both inflammatory and non-inflammatory lesions over 12 weeks; fewer adverse events were reported with Arazlo compared with Tazorac (2.9% vs 5.6%, respectively).

Commenting on the approval, Emil Tanghetti, MD, lead Arazlo study investigator and founder, Center for Dermatology and Laser Surgery, Sacramento, California, said, “Tazarotene has typically been reserved only for patients with severe acne, but offering it in a well-tolerated lotion formulation that includes hydrating agents can help more patients with most types of acne take advantage of its efficacy.”

The Company expects to launch Arazlo in the first half of 2020. The product will be available in 45-gram tubes.


This article originally appeared on MPR 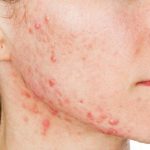