Thanks to the overprescribing of antibiotics in humans and animals, dermatologists are now facing antibiotic resistance (AR) in treating acne.

Acne is one of the most common global dermatologic diseases, affecting more than 80% of people worldwide during their lifetime.1 Often it is treated for 3 to 6 months with broad-spectrum antibiotics such as topical erythromycin, clindamycin, and oral tetracyclines, which inhibit bacterial growth rather than eradicate bacteria.1,2

There is a paucity of data to guide clinicians as to what constitutes a safe prescribing duration.1 “Dermatologists prescribe more antibiotics than any other specialty, and there is a push within our discipline to limit the prescription of antibiotics for acne when possible, with recommendations for a maximum of 3-6 months,” Marie Leger, MD, PhD, assistant professor of dermatology at Weill Cornell Medicine in New York, New York, told Dermatology Advisor.

Given the combination of overuse, long duration of treatment, and a weak antimicrobial pipeline, dermatologists now must limit their use of antibiotics. Not since 1987 has there been a new major class of antibiotics.3

Overuse of antibiotics can lead to Staphylococcus aureus resistance, which can cause severe infections at the community level when the pathogens are resistant to methicillin.5 The problem arises because some of the antibiotics are used to treat both acne and community-acquired methicillin-resistant S aureus (MRSA), such as oral versions of tetracycline, erythromycin, sulfamethoxazole/trimethoprim, and the topical medications clindamycin and erythromycin.5

In a small study of otherwise healthy young adults with acne (N=83; mean age, 25.6) conducted at the University of Pennsylvania in Philadelphia, 43% of individuals were colonized with S aureus based on samples from the nose and throat.5 Of the individuals carrying the pathogen, 6% had MRSA.5 The longer the patients took antibiotics, the greater their likelihood of exposure to S aureus.

Compared with nonantibiotic users, patients taking antibiotics had a prevalence odds ratio (OR) for S aureus colonization of 0.16 (95% CI, 0.08-1.37) after 1 to 2 months of exposure. The prevalence OR increased to 0.52 (95% CI, 0.12-2.17) after 2 months of exposure (P =.31). The most common resistance to S aureus was with clindamycin (40%) and erythromycin (44%).5 Fewer than 10% of the isolates showed resistance rates to tetracycline, which the American Academy of Dermatology (AAD) recommends for reducing AR.5,6

The United States is not alone in Propionibacterium acnes AR; worldwide more than 50% of the P acnes strains are resistant to topical macrolide antibiotics.4 Dermatologists, however, do not prescribe antibiotics in patients with acne to eradicate the bacteria.2 Although it has yet to be proven effective, many dermatologists use antibiotics for their putative anti-inflammatory effects.4

How to Avert AR

“Physicians can help avoid contributing to antibiotic resistance by recognizing and using appropriate alternative treatments — such as birth control pills, spironolactone, and isotretinoin — and having an exit strategy when prescribing antibiotics so that patients aren’t on them for prolonged periods,” said Dr Leger.

While the World Health Organization offers some steps to consider for system-wide changes such as preventing infections and updating clinicians on current resistance rates,3 the Global Alliance to Improve Outcomes in Acne has recommended the following to reduce AR4: 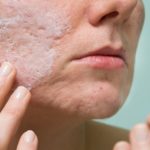