HealthDay News — Eighteen percent of all emergency department visits and 16 percent of in-network hospital stays have at least one out-of-network charge, according to a report published June 20 by the Kaiser Family Foundation.

Karen Pollitz, M.P.P., and colleagues from the Kaiser Family Foundation used claims data from large employer plans to estimate the incidence of out-of-network charges associated with hospital stays and emergency visits that could result in a surprise bill when an insured person inadvertently receives care from an out-of-network provider.

The researchers found that in 2017, 18 percent of all emergency visits and 16 percent of in-network hospital stays had at least one out-of-network charge associated with care for people in large employer plans. The incidence of potential surprise billing varied by state, and was more likely in Texas, New York, Florida, New Jersey, and Kansas, and less likely in Minnesota, South Dakota, Nebraska, Maine, and Mississippi. Unexpected medical bills lead the list of expenses Americans worry about not being able to afford, with 38 percent very worried and 29 percent somewhat worried about being able to afford unexpected medical bills for themselves or their families. 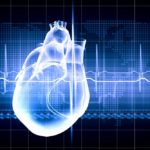