The risk for stroke in patients with hidradenitis suppurativa (HS) are significantly increased when compared with control patients, according to the pooled findings of a systematic review and meta-analysis presented at the American Academy of Dermatology’s Virtual Meeting Experience (AAD VMX) 2021, held online from April 23 to April 25, 2021.

Researchers performed the analyses via preferred reporting items for systematic reviews and meta-analyses (PRISMA) guidelines, using electronic searches of EMBASE, PubMed, and Ovid MEDLINE, and included all eligible case-control studies that compared patients with HS and patients without HS.

Eligible studies identified patients with strokes by ICD-9 or -10 codes and included either the percentage of patients in each group or the summary effect size for association of HS and strokes. For the effect size, odds ratio (OR) with 95% CI was used. Key search terms included HS, acne inversa, Down syndrome, velpeau, and verneuil. Investigators conducted a manual review to identify additional articles. For meta-analysis, the logit proportion was used as a summary statistic and random-effects model, and heterogeneity was tested with χ2 and I2 tests.

In total, 47 studies were identified, and 6 case-controlled studies were included. After analyzing pooled data, researchers found there was a significantly higher percentage of strokes among HS patients compared with control patients (OR 1.51; 95% CI, 1.16-1.96; P <.00001), with moderate heterogeneity present (I2=70%). The meta-analysis and systematic review showed HS to be associated with a significant 1.74-fold increased risk for stroke.

Studies have identified increased expression of tumor necrosis factor (TNF)-alpha and pro-inflammatory cytokines, such as interleukin 1β (IL-β), IL-12, IL-17, in the skin of patients with HS. These cytokines have been associated with atherosclerosis. Furthermore, according to the researchers, HS is associated with other cardiovascular risk factors such as smoking, hypertriglyceridemia, obesity, and diabetes mellitus.

Study limitations included the following: the reviewed studies were observational, which makes them inherently susceptible to bias and a lack of randomization and heterogeneity. Other demographic factors could impact results for this same reason, it was noted. The studies also failed to differentiate between the different stroke subtypes, which resulted in theories explaining the relationship between HS and ischemic stroke, and a distinct lack of information concerning hemorrhagic stroke.

Researchers indicated that dermatologists and other clinicians treating this patient group should be made aware of this association, which they believe is not currently well known. The study investigators concluded, “Our pooled findings demonstrate that the odds of stroke are increased in patients with HS when compared with [control patients]. Dermatologists and other clinicians should be vigilant of cerebrovascular risk assessment and risk mitigation in patients with HS.” 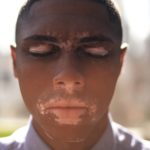